What is the Tahiti Pro? When is it?

The Tahiti Pro is a stage of the World Surfing Championship circuit held each year in Tahiti, French Polynesia. This stage was created in 1997 by the World Surf League ( WSL ), and was then called the Black Pearl Horue Pro. The Tahiti Pro is one of the most anticipated and dangerous events due to the power of the waves and the presence of shallow coral reefs.

In the presence of the best surfers in the world, the Outerknown Tahiti Pro took place this year, after an absence of two years, from August 11th to 21st. The event is preceded by the TRIALS, exclusively for local surfers. The TRIALS award the winner a Wildcard, allowing access to the world competition.

Also new this year was the return of the women’s competition, after a 16-year absence, a competition that was full of surprises. 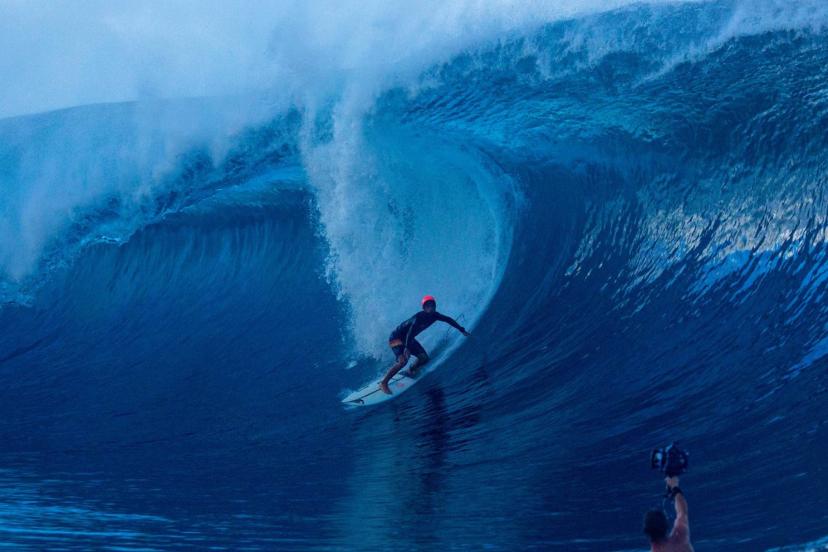 The best surfers in the world competed in the tenth stage of the World Surf League’s (WSL) Championship Tour. The World Surfing Championships came to a close on 21 August.

As for the locals, it was Vahiné Fierro & Kauli Vaast who won the Tahiti Pro Trials. They will be accompanied by Michel Bourez and Nathan Edge, both wildcards following the absence of John John Florence and Gabriel Medina due to injury. 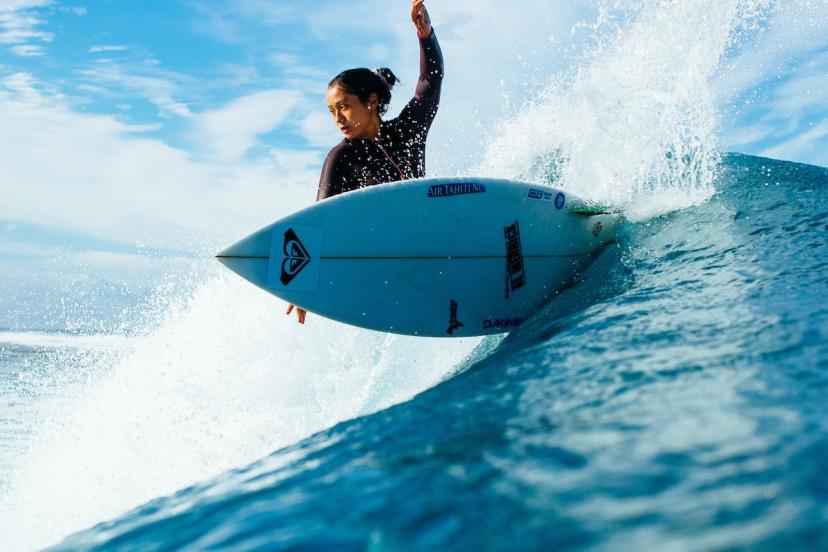 On the men’s side

On his home spot, the surfer from Kauli Vaast started his last day of competition by outperforming Matthew McGillivray (12.26 – 5.23). McGillivray had been the author the day before of the first and only perfect 10 of this 2022 edition.

Then, in the semi-finals, he mystified the legend Kelly Slater. 30 years of difference between the two surfers, on an ocean that was not exactly generous. While Kelly Slater hung out to dry (he only caught one wave at the very end, a 1.17…), Vaast scored five bombs at the edge of the lagoon, with a clear total of 17.33.

In the final, pushed by a very encouraging crowd, the Tahitian fell to Miguel Pupo. The 30-year-old Brazilian, who has been on the pro circuit for 11 years, had never before reached a TC final. This time he won the final breathtaking heat with flying colours. For a while, Vaast came back into the game in a breathless final, but despite all his talent, he could not erase the 9 and the 8,17 of Pupo, who for once had the wind in his sails (17,17 – 15,00).

However, the victory did not qualify them for the play-offs. The Brazilian finished the season in 6th place, 85 points behind 5th place Kanoa Igarashi. . 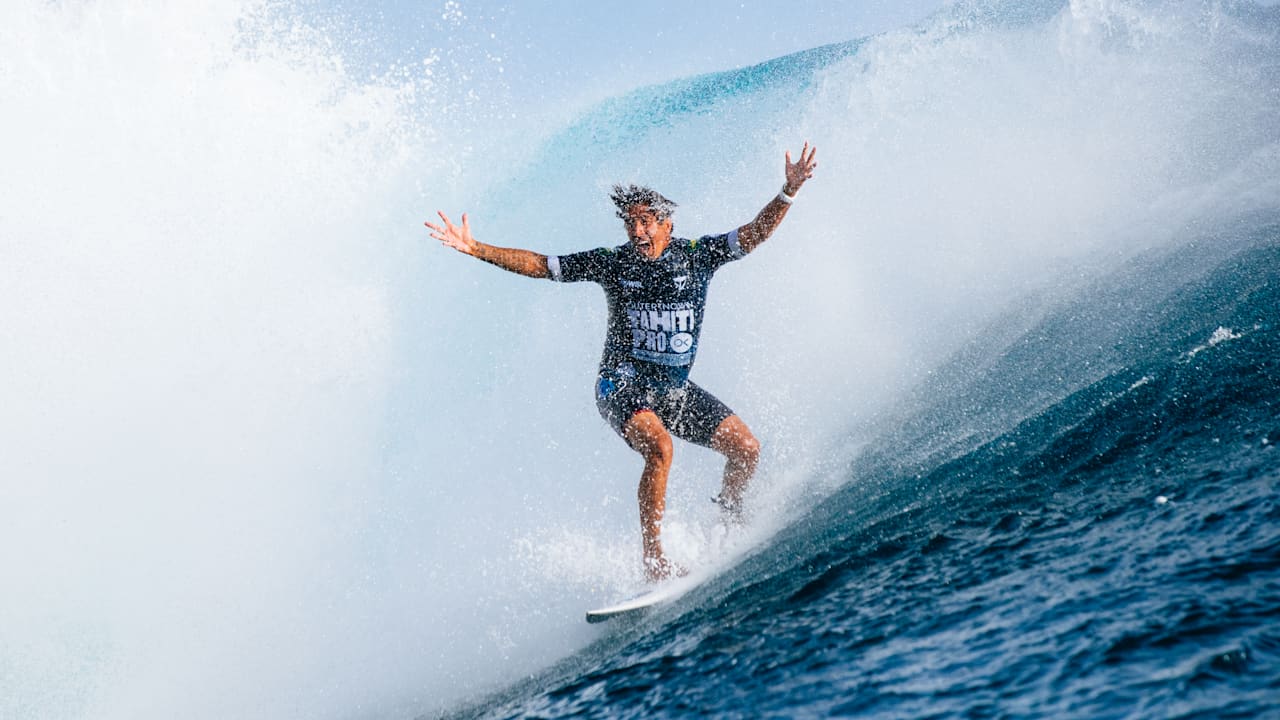 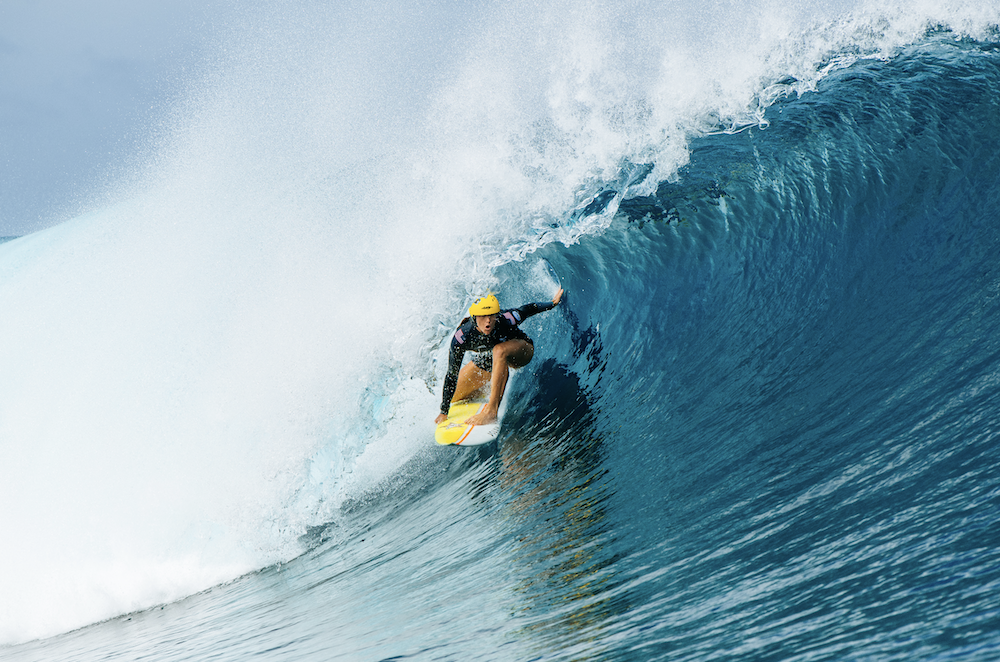 And on the women’s side,

Kauli Vaast was not the only Polynesian to shine during this Tahiti Pro as Vahine Fierro also won. The surfer from Huahine made it to the semi-finals. And this after having brilliantly defeated world number one Carissa Moore in the quarters (10 – 3.26). But she came up against Brisa Hennessy at the gates of the final, who was able to pick up precious points at the beginning of the series on small waves.

Vahine Fierro wanted to do too well by waiting for the bigger waves offshore. But the capricious swell did not give her what she had hoped for. Otherwise, his technique in the Teahupoo tube would have allowed him to pass this hurdle. The final was logically won by Courtney Conlogue. The Californian dominated Hennessy quite easily thanks to a higher activity, a very good placement and a good technique in this formidable tube (11,67 – 5,20). She had not won an event on the CT (13 wins now to her credit) since her victory at Bells Beach in 2019. 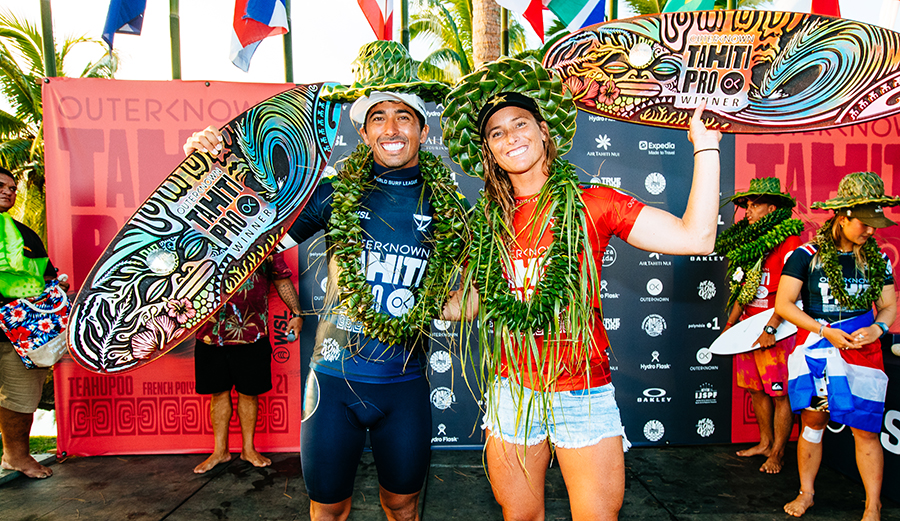 The Tahiti Pro made its comeback and left its mark thanks to its unprecedented and very promising performances. For it is at this very spot that the surfing competition of the 2024 Olympic Games will take place. In the meantime, we meet again from 8 September, for the grand final of the World Championships in Trestles (USA).

This includes Carissa Moore, Johanne Defay and Tatiana Weston Webb, Brisa Henessy and Stephanie Gilmore for the women. For men Filipe Toledo,Jack Robinson,Ethan Ewing, Italo Ferreira and Kanoa Igarashis will compete. To be continued in our next blog posts 🙂

Create an Account
Start typing to see products you are looking for.